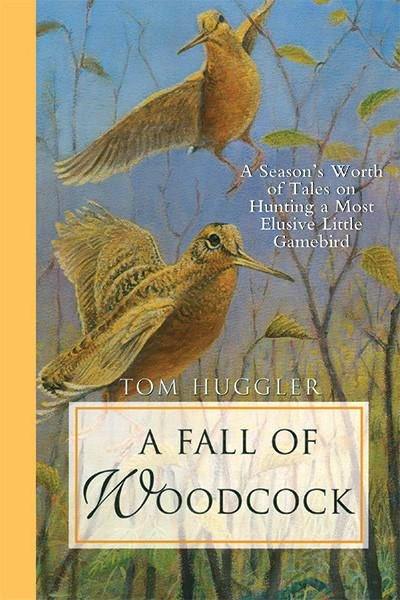 A Fall of Woodcock by Tom Huggler

“A fall of woodcock into a covert you have either chosen or to which you have been directed is a magic all its own,” Tom Huggler writes in this book devoted to the woodcock and to those who await the return to their favorite coverts each autumn. This book, with a new introduction by Charley Waterman, casts a similar spell as it chronicles Tom’s travels to New England, the Maritimes, Maine, Louisiana, then back to his beloved Michigan in search of a better understanding of the woodcock, and finally, a better understanding of himself.

Like the annual migratory flights of the woodcock, A Fall of Woodcock follows no particular line, but rather meanders along the main currents and causeways of Huggler’s life, dropping down here and there in places that both sustain it and give it meaning. It covers his early hunting years, old friends and new ones, four-legged partners, woodcock researchers, and a visit with H. G. “Tap” Tapply.

Huggler also traces his evolution from a run-and-gun birder to a slower but surer hunter who sets his own pace and his own bag limits. Those familiar with the magic and mystery of the American woodcock are sure to find a kindred spirit here.