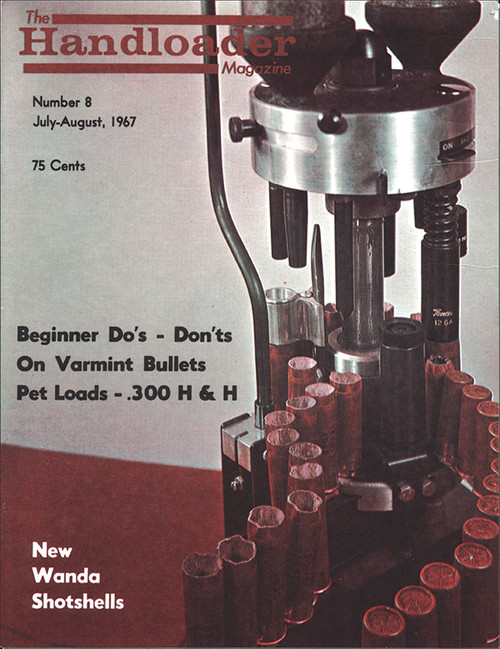 On the cover we have... The cover picture for this issue shows the type of shotshell handloading setup most of us would like to have. This issue features: New Plastic Wanda Shotshells by John Wootters, Does S.E.E. Exist? by Ackley-Kvale, Cartridge of Month-.455 Webley by Staff, Sisk Bullet Co. by Les Bowman, Pet Loads-.300 HGH by Ken Waters, On Varmint Bullet Design by Bob Hagel, Do's and Don't of Basic Handloading by Maj. George Nonte, Make Your Own Lube Mould by Richard Underwood, Primer Pocket Expansion by Les Bowman, HGRs 'Ultra' Rifle by C. George Charles, It's Powder Energy That Counts by Ed Yard and much more!