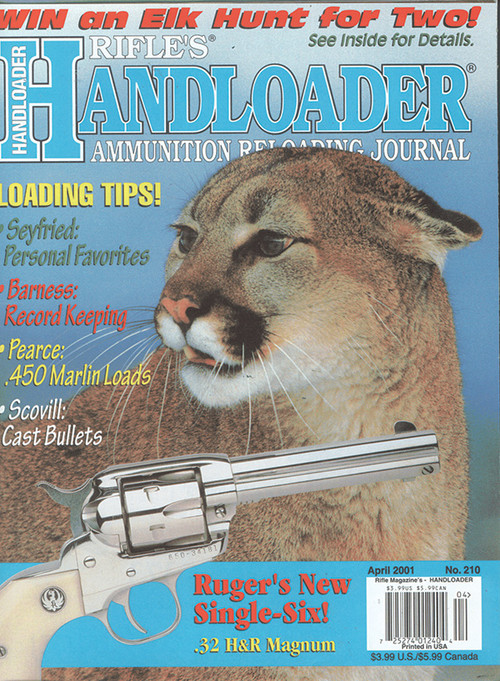 On the Cover...The new stainless steel Ruger Single-Six is chambered for the .32 H&R Magnum. Mountain lion photo by Ron Spomer.