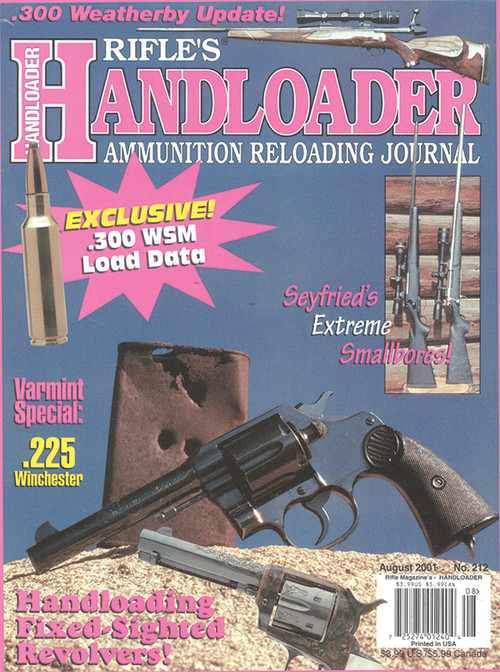 On the cover... Typical fixed-sighted revolvers are represented by a Colt New Service .44 Russian/.44 Special and a Colt Single Action Army .41 Colt. Custom work on the Colt SAA by Turnbull Restorations and engraving by John Adams Jr. Photos by Dave Scovill and Gerald Hudson.