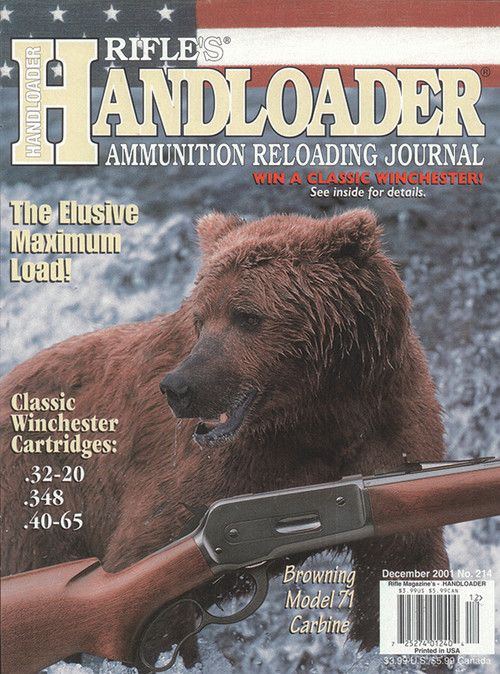 On the cover... In its heyday, the Browning Model 71 in .348 Winchester was considered potent bear medicine. Grizzly photo by Jeffrey Rich.