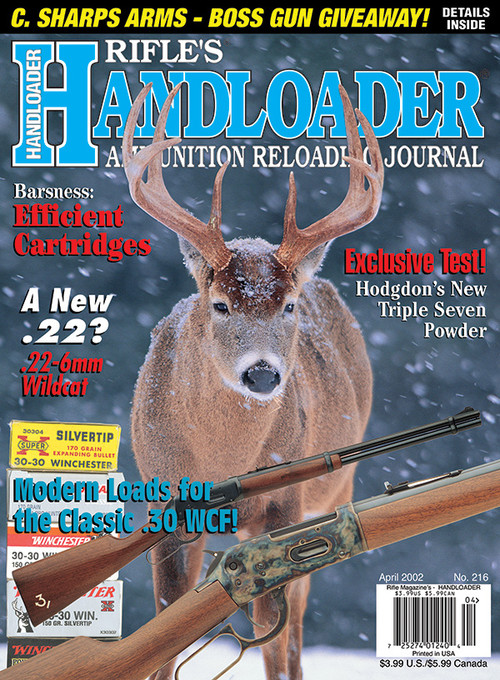 On the cover . . . A couple of Model 94 Winchesters represent the nearly 7,000,000 rifles shipped since 1894. Below, custom color case finish is by Doug Turnbull (Turnbull Restorations, PO Box 471, Bloomfield, NY 14469). Above, a personalized touch to the buttstock typifies the pride in ownership of this post-World War II .30 WCF. Whitetail deer photo by John R. Ford. Rifle photos by Gerald Hudson.