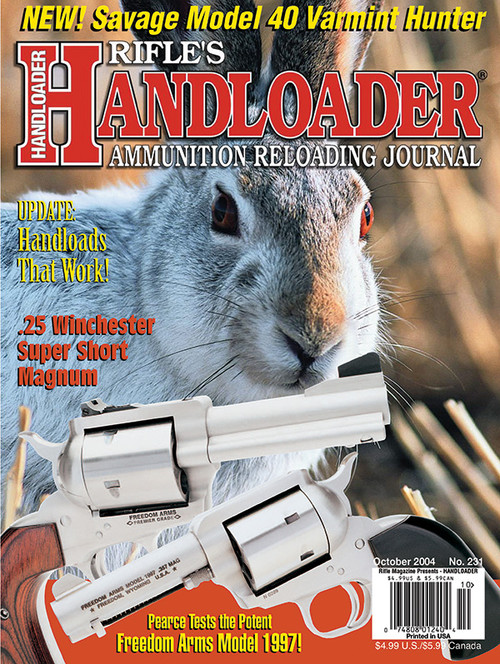 On the cover . . . The Freedom Arms Model 1997 (bottom) is chambered for a variety of cartridges from the .17 HMR to the .45 Colt and is a scaled-down version of the full-sized Model 83 (top). The round butt grip and shorter barrels are custom options. Pistol photos by Gerald Hudson. Jackrabbit photo by Gary Leppart.