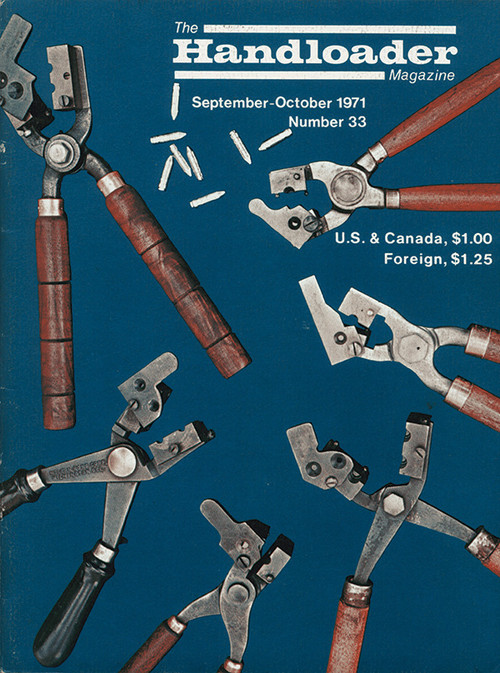 On the cover we have... Bullet casting can be the most intriguing facet of the handloading hobby (or the most frustrating for the beginner), as John Wootters explains in his "Basics" article in this issue. Our sincere apologies to Penguin Industries for the omission of a Lachmiller mould in the cover display. Shown are, top left, the SAECO, then clockwise, Lyman, Ohaus (prototype), Hensley & Gibbs, and the obsolete Winchester and Modern Bond. Transparency by Dave Wolfe.