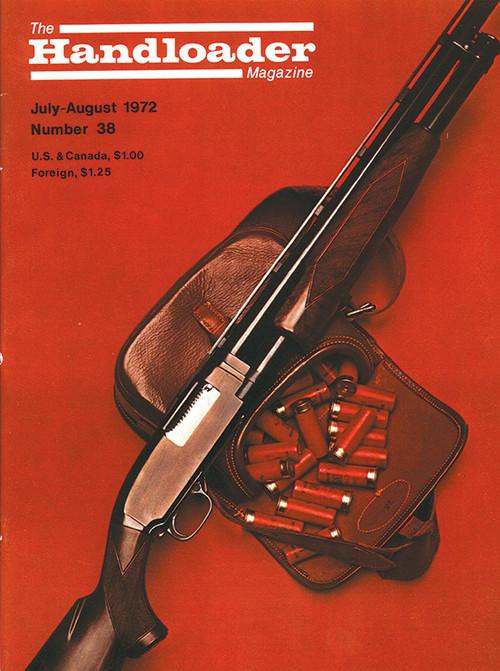 On the cover... Ten years ago the Model 12 Winchester was discontinued after a 50year run that saw almost two million produced. The reason wasn't any lack of popularity, but the cost of manufacture, estimated at around $20 per gun over the selling price. Because. of the continuing demand, Winchester resumed manufacture of the Model 12 this year, but only in trap, skeet and deluxe field versions, at a price similar to what comparable used guns were bringing. Though made with modern manufacturing methods, the new guns like the one on the cover are identical to the last ones produced - Winchester didn't even change some of the things that should have been changed. Welcome Model 12; it's good to have you back. Transparency by Sid Latham.