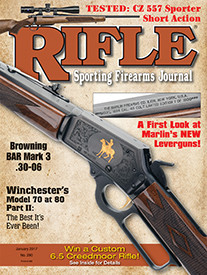 On the cover . . . This new Model 1894 .45 Colt shows the fine craftsmanship of Marlin’s Limited Edition rifles.