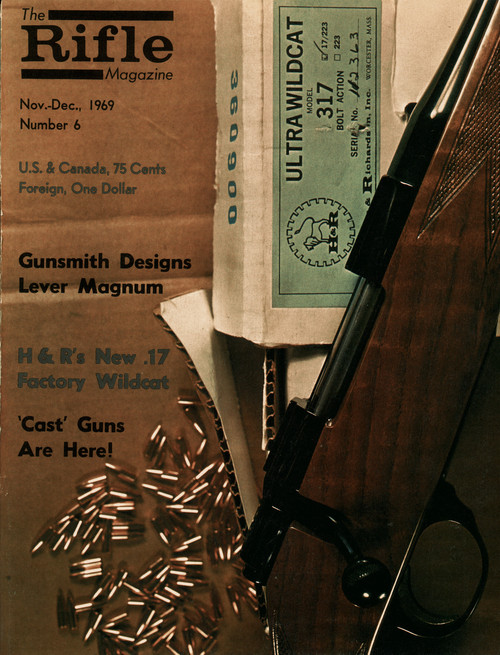 On the cover we have... Interest in .17 caliber rifles has peaked and waned in'the past, but the mini-bore now seems t o be here to stay -- evidence is the H&R Ultra Wildcat .17-223 on the cover of this issue, the first factory offering with a .17 bore. See John Wootter's report in this issue.