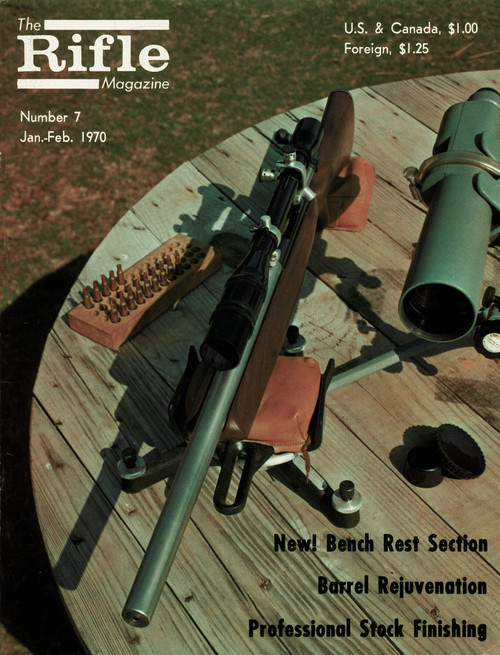 On the cover we have... The bench rest scene on the cover of this issue, though planned a year ago, is particularly apprppriate since RIFLE is now the official publication of the National Bench Rest Shooters Association. The rifle is Remington’s new 40XB-BR, the first major factory rifle designed to meet NBRSA specifications, with Remington’s 20XBR scope, a Bausch & Lomb zoom spotting scope on the Freeland bipod stand, and Beecher fore-end rest and bags.